The event brought together 65 academics, activists, policy planners, and NGOs, from Ireland and Sierra Leone. It was a day of intense study of the issues being faced as Sierra Leone rebuilds its education system, and the decisions required of those who want to grow solidarity with that process.

The morning and afternoon sessions were chaired by Dr Seán Farren, former Northern Ireland Minister for Further and Higher Education and later Minister for Finance, and Ms Nora Owen former Minister for Justice in the Republic of Ireland.

In opening the conference Professor Aidan Mulkeen, Registrar Maynooth University emphasised how much of a priority the topic of the conference is in his own research and professional experience in teacher policy in sub-Sahara Africa. The common themes he has come across in his work are shortage of teachers, poorly qualified teachers, the difficulty of finding teachers to work in remote locations, and the consequences of these for access to good quality education for the most disadvantaged young people in the world.

The speeches of Dr Beckley and Bishop Aruna are available in full, elsewhere on the SLIP website.

The event put us in the presence of key actors in education in Sierra Leone at State and Church level. They presented carefully researched, forward looking ambitions for education in the country. The ‘tragic Salone’ theme of the last thirty years of the work of the Sierra Leone Ireland Partnership was finally behind us. We were surrounded by the architecture of Maynooth University which was put there over two centuries ago to enhance its educational project. Its momentum carried through to this day.

Notions of African exceptionalism, if they ever had any credibility, quickly evaporated under the intellectual rigour of the speakers and the participants. The structural and economic building blocks of an educational system are familiar and so are the terms of the challenges to them and the debate about them. This conference could have been about Ireland, Iceland, or India, as well as Sierra Leone.

The display of engagement by Irish NGOs was a very moving element of the day and a dynamic background to the discussion. SLIP has long cherished the ambition that in some public space we would experience the kaleidoscope of these varied commitments and projects. This was the fulfilment of that ambition with all it’s straining to do more, to construct new systems of involvement, and to find new participants.

The three main speakers dealt extensively with the question of equal and inclusive education for girls and young women in Sierra Leone. Since the time of the Ebola epidemic, the exclusion from school of girls who are pregnant has been a headline issue and it was the concern which guided the formulation of the agenda of this conference. The speakers brought us up to date with legislation, practice, and provision on this issue. They identified, too, the structural and ideological adjustments that need to be made in order for the educational process to be a more sympathetic and humanising building place for young women, and men. Dr Beckley suggested that girls’ education has been substituted for gender in education. Reversing that direction would be key to fulfilling the aim of the conference.

The 2004 Education Act seems to give almost complete control to the Minister for Education over the governorship of schools and this is a disturbing reality for the faith based schools sector. One speaker from the floor said the Act sounded like it was formulated by an army general. It gives lots of responsibility and little authority to the patron body, while leaving it with many of the bills. The promised revision and redrafting of this legislation would help towards greater democracy and inclusiveness in an educational system in which over 50% of schools are Catholic schools.

Irish Aid provides the financial and policy context for much of what happens between Ireland and Sierra Leone. The contribution of Ms Carol Hannon on this subject was very important for the conference. This is the twentieth year of diplomatic relations between the two countries and it is a growing and deepening relationship.

The fact that  a conference on this topic happened in Ireland, and was attended by so many with a serious stake in that country, suggests that Sierra Leone has transitioned to a new development agenda. This is the first time that a clear path ahead has been visible since the outbreak of the civil war there twenty nine years ago yesterday. The relief and excitement of that new prospect gave the conference a landmark status.

Happy St. Patrick’s Day to all our readers and subscribers! 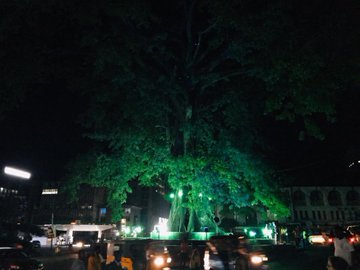 What a beautiful sight to see the Cotton tree in even brighter green!

This gesture honours Ireland, the Irish people who worked in Sierra Leone, the Sierra Leoneon people who live and work in Ireland. There is a reach back of over 150 years to the connections between Ireland and Sierra Leone. Those connections continue in 2020 and we hope they strengthen and deepen in the years to come.

Green is the colour of life, hope, growth, nature and all things organic. We surely need hope in the present situation in Ireland with the corona virus. 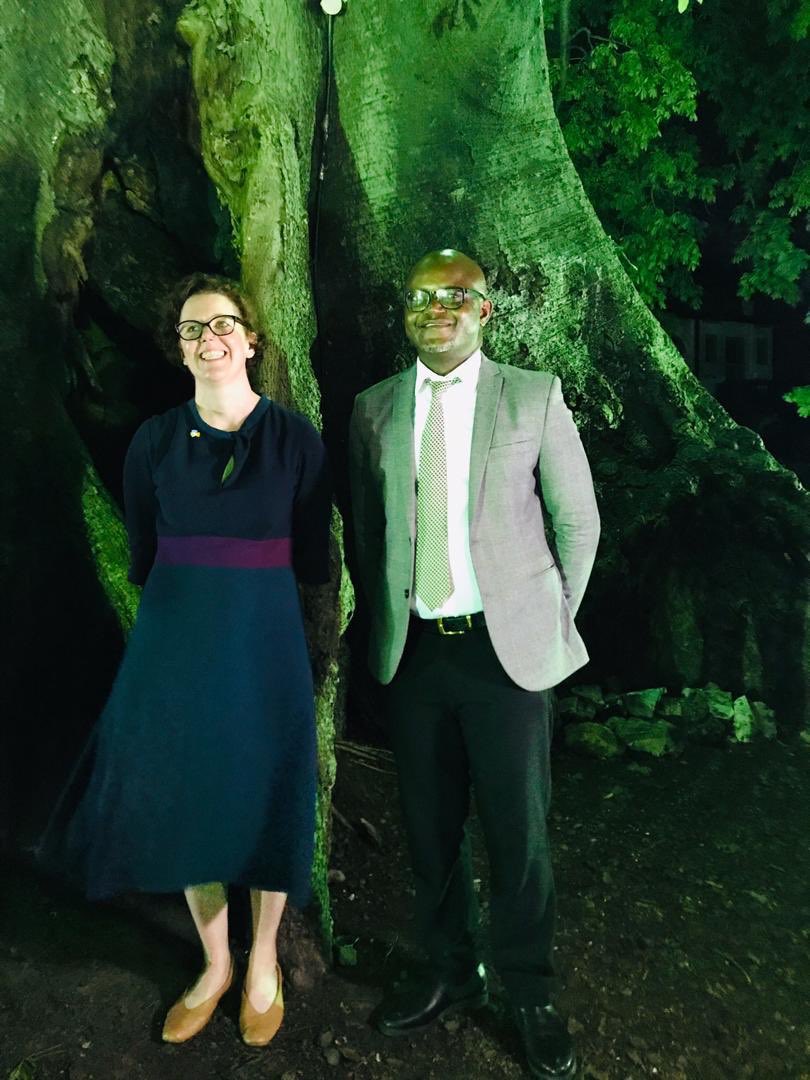 “Policy considerations and priorities of Irish Aid in Sierra Leone”